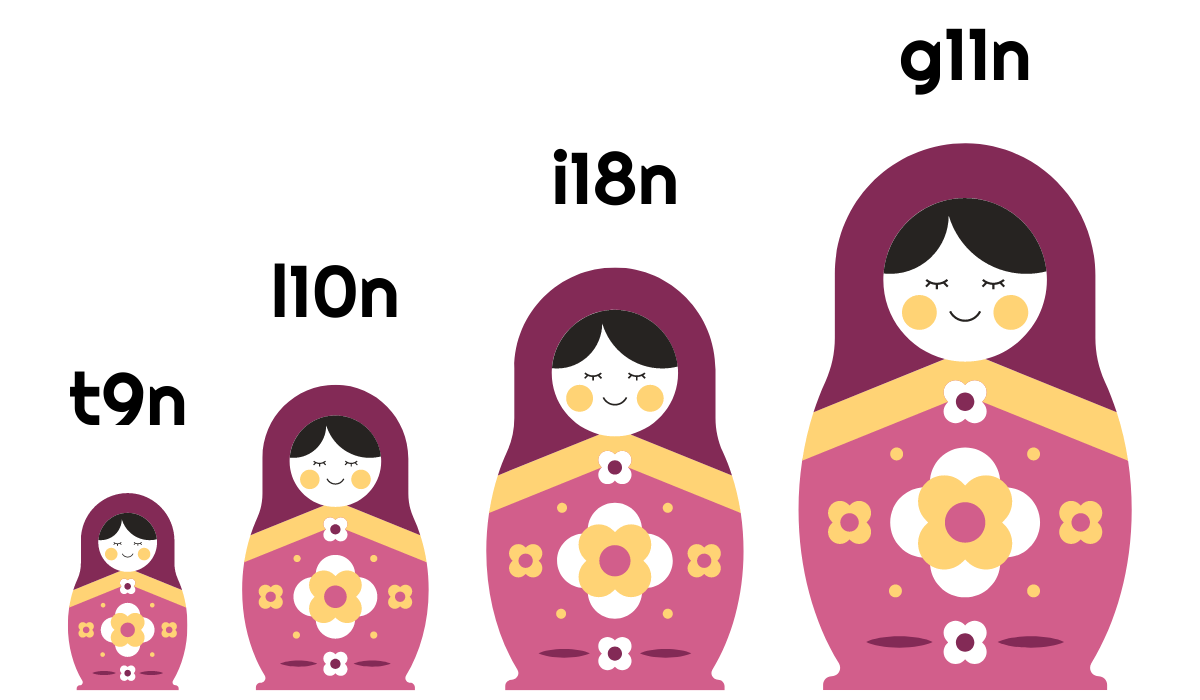 In the tech world, you may come across a few confusing acronyms. Those number-based words are called numeronyms. They are often used to abbreviate long words. Just take the first and last letter and count the letters in between.

At first sight, you could think that they all mean more or less the same thing, but it is not the case. Let’s start with the easy one.

Translation is simply the process of converting text from one language (source language) to another (target language). It makes a crucial part of the localization process.

Localization refers to the adaptation of a product, app, or content to meet the language, cultural and other requirements of a specific target market (a "locale") to be available to your target audience.

The process of software localization can take three different forms:

Internationalization is not the same as software localization.

Internationalization entails a variety of tasks, including:

Globalization is the process of adapting and selling software products to an international audience. It is related to your company's overall strategy for growing business on a global scale. Let’s be honest - designing and creating software that easily responds to language requirements for the entire world could be a big challenge.

I18n open-source tool and localization platform Tolgee is attempting to transform the software localization process with a novel technique that intends to reduce time and effort for everyone involved in the process, including developers and translators.